The Willow Man at the Carrickmacross Arts Festival 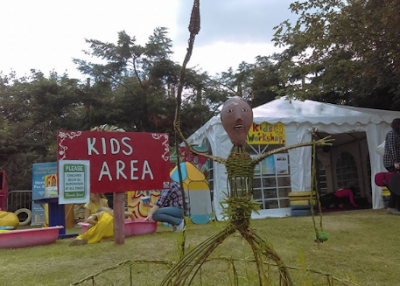 Last August I was invited to undertake a special new project as part of the Carrickmacross Arts Festival in County Monaghan. To celebrate the harvest season, I undertook create a living willow sculpture of Lugh, a mythological Irish god and member of the Tuatha Dé Danann.
Lugh is synonymous with the harvest festival of Lughnasadh, which traditionally takes place in the month of August or Lúnasa. Known as ‘The Horned God’ in some Celtic countries, he is also known by the nickname Lámfada or long arm, a reference to his skill with spear and sling.
He is the father the Ulster hero Cú Chulainn and the foster-son of Tailtiu, an earth goddess, who died of exhaustion after clearing the plains of Ireland for farming. In his grief, Lugh established the first harvest festival, Áenach Tailteann, which took place in Tailtin or Teltown in Meath.
Lugh had several magical possessions including unstoppable spear known as Sleg and a sling called Táthluib.
Lugh was created from a combination woven living willow trees, dried willow, sugán and ash. His body was created using living willow branches, woven together over the six months before the festival. Parts of the body, including his joints, were made with the use recently trimmed green willow.
Lugh’s face was made from paper mache. His horned helmet was made using dried willow and súgán. Sleg, his mighty spear is made using ash, dried willow and súgán. Táthluib, his sling is made from súgán and dried willow.

Find out how The Willow Man went HERE


Thanks to the Carrickmacross Arts Festival, Callans at the Bridge, Orla and Paul for giving this a go! Cheers, Andy
Posted by Andy at 03:05

Newer Post Older Post Home
Subscribe to: Post Comments (Atom)
Welcome to Burren Berries, the home of organic garden strawberry, alpine strawberries, wild strawberry and raspberry plants in County Clare, Ireland. Each plant is produced in the most natural way possible - with no artificial fertilisers, chemicals, compost or pesticides.
The plants are easily grown in small or larger gardens, or even in hanging baskets or window boxes and are an ideal way to encourage children to become interested in gardening.
This site is also the home of The Celt - a hoard of hand made willow figures modeled on ancient members of the Tuatha Dé Danann as well as a variety of handmade, bespoke willow baskets.
Have a look around, find out more about all these products, including tips on organic growing and fertiliser, or browse through the SHOP to place an order.
Cheers,
Andy